I've been seduced away from Blogger to Wordpress because even though with blogging (as with life) content is all - I really like the clean layout of wordpress.  Unfortunately it has taken ages for me to even start to get to know Blogger and now I'm faffing about with wordpress - pressing random buttons and widgets.  So if you want to carry on reading my witterings, please come on over to: http://lyndajanepurcell.wordpress.com/

A little bit of validation

The great thing about avoiding work by surfing internet research is that occasionally you run across something that really brightens your day.  I sometimes read manuscripts and offer constructive criticism for The Literary Consultancy, and today I found out some news about a writer called Rebecca King who had submitted a terrific YA story about a young ballerina in the 1920s.  Frankly the ms was 95% there and just needed a bit of tweaking but the publishing world is such that an almost there manuscript might be turned down with a standard rejection slip by a harassed editor or maybe a few encouraging words scribbled on a complimentary slip.  So I was thrilled to hear that Rebecca tweaked away and now has herself an agent who in turn has a tightly written and marketable story that doesn't need to be edited, pruned or altered.  It just needs to be sold.  I'm so pleased for Rebecca.  It's made my day.
Posted by Jane at 18:34 No comments:

Just finished reading a very good blogpost by the writer Jenn Ashworth on writing for money, and she starts off by stating quite rightly in my opinion that it's not OK to write for free.  Not only because it drives the price down for everyone but it adds to this toxic and patronising idea that writers do it for the love anyway.  It's a very good piece which lists the bullshit reasons writers are given for not being paid and how you should respond to them.

Here's the other thing.  The recession is being used as an excuse to pay writers - all writers - even less.  Squat in many cases.

Anyway, to follow on from my first post on this subject,  last week a friend of mine finished a book and recommended me as copy editor.  I received a nice email from one of the editors at the publisher (and it was a perfectly respectable publisher) asking about my rates so I went to the Society of Proofreaders and Editors and learned that they suggest a rate of 24.25 per hour to copy edit a book which would work out at say 10 pages an hour for a 50 000 word book.  So If I worked for 8 hours solid a day, that would work out at £194 per day.  I reckon I could do a 50 000 work book, line by line in a week which would work out at about £900.  So I offered to copy the whole book for £600 because given these stringent times I thought it would be fair to offer a flat rate but not one so low I would feel ripped off.

Back came an email saying they would use someone else.  My friend later told me that they had offered the work to someone else and had suggested about £400 and he with great difficulty had pushed them up inch by inch to £500.  £400 to copy edit a whole book?  And I've heard of highly experienced copy editors being offered £250.  Which works out - if you take a week to do a whole book at about £6.25 per hour.   With tips you would get more for waiting tables.

The NUJ has a section where writers can post rates - the good, the bad and the ugly as sin.   Perhaps writers should start up another  - like that series of books on Crap Towns and Crap Jobs.  We could add Crap Rates to that.  So what's the worst rate you've been offered?

Today I was offered some work at a risible rate.  It left me feeling angry but also queasily ungrateful. Money is such a tricky subject among freelancers.  We all tread a fine line between wanting the work, wanting to appear to be reasonable – to be reasonable but we also have to pay our bills.
So when I named my price, having checked the going rate, and how long the job would take, feeling confident that I was offering a pretty good deal, there was silence at the other end of the phone.    I have been doing this long enough to recognise the pattern.

Passive aggressive tinged with embarrassment.  Oh God – it’s too much money! Quick say something!  Like ‘No – just joking!  I’ll rewrite it for 50p and a pork pie.’

The person that I spoke to knows me well enough now to know that I was brought up Catholic and therefore the Guilt Button is always there, just under the surface so she sighed again and then ladled on the flattery – they really like my style and they really wanted to work with me yadda yadda.
Ever tried to pay a bill with flattery?  I haven’t got any actual money Mr Mortgage Company but your 3.4% fixed rate makes my heart go all fluttery wuttery.

I hate negotiating money.  If you have an agent they do all that stuff for you but as an independent, all you can do is check out rates with places like the NUJ and The Writers Guild.  But I would suggest also that you remember that as a freelancer, you are not getting any benefits such as sick or holiday pay or maternity pay.  Also you have to factor in heating, lighting, office expenses so hiring you as a freelancer means that for every £10 a full timer gets, you are getting about £9.


Trick 3: Say something vague about the recession and how everyone has to tighten their belt.

Right, so does this mean the business you are working for has cut their prices?  You are a business too. And as such, you should not be giving your hard earned skills away to another business.

So often I’ve thought of the millions of other freelancers out there and panicked at the thought of being ‘difficult’ when really I was just afraid to be assertive.  But what I saw as being ‘nice’ may have been interpreted as ‘a walkover’.  Like the online publisher who wanted ‘all rights’ for an article I was writing.  This included (I didn’t know at the time) moral rights – the right to be identified as the author of the article.  Or the publisher who wanted me to write an A-Z of dieting and offered me £50 for a 2000 word article!  When I said ‘no’ she accused me of being ‘grandiose’ and it only ‘involved a little bit of research’.  Twenty six ‘little bits of research’ in fact if I managed to find some sort of diet with X in it.  I turned it down and she came back to me three weeks later with three times the amount (still a shit fee but hey -) but by then I was busy on something else and really couldn’t do it.

I don’t know what can be done about offering writers appalling rates.  Is it that everybody in the world wants services as cheaply as possible – not just writing but all services?  Is it that good writing looks easy?  Or that because writers tend to work alone and are worried about seeming ‘diva-ish’ or ‘difficult’ so they accept bad or non-existent rates.

I was contacted by a company a few weeks ago who were offering writers the chance to write for their website for free!  Isn’t that great?  And whatever you wrote for that company then belonged to the company – i.e. the copyright was no longer yours but theirs.  And yet they claimed they were a company who promoted and supported writers!  If you want to write for free start a blog but don’t provide content for a website too lazy or cheap to write their own.  And by the way – click per view is not pay.  Unless you count £2.89 per month as pay.


Trick 4: The Biggie.  Yours is the most expensive quote we’ve had (said in mournful voice)

Ah – the implicit threat.  You’re not the only writer in the world.  Well you're not.  Still doesn't mean you have to accept shit rates.

If you have to have the work well it’s your decision and I totally get that sometimes you have to do it – bills need paying.  But writing something suffused with resentment that you are being ripped off is just horrible.   And it drives down the price for everyone else. Don’t do it!  Think of the long game and respect yourself enough to research and stick to a fair price.
Posted by Jane at 15:37 1 comment:

The Boy is Eighteen Today

I can't believe it.  The small, blue eyed, soapy smelling monkey child who would cling onto me as though he wanted to climb back inside is eighteen today.  Technically at 8.47pm in fact because after twenty eight hours of walking up and down hospital corridors attached to a drip and cursing whoever said that 'natural childbirth' was 'powerful' - it all went wrong, I was flipped onto a bed (ok not so much flipped as heaved) and The Boy was dragged from me grumbling profusely.  'No change there' says A, 'he didn't want to leave his room then and he doesn't now.'

The Boy did grumble rather than cry but as he had uttered not a sound up to that point and several ashen faced doctors were gathered round him, we were pleased at any sound frankly.  It was boiling hot, much like today, and A had smuggled in an electric fan which he kindly aimed at whichever bit was the sweatiest.  Oh the romance.  But finally I remember glancing at the clock at the exact moment that the Boy grumbled croakily and it was 8.47 and we had a son and he was fine.

Now he is eighteen and taller than me.  He calls me 'Micro Mum' and when I try to remind him of stuff or tell him off he laughs at me.  Happy Birthday Boy. 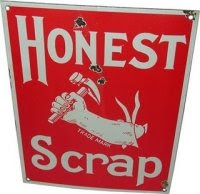 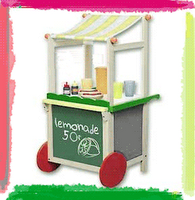 My pain is apparently funny. Thank you Kit!